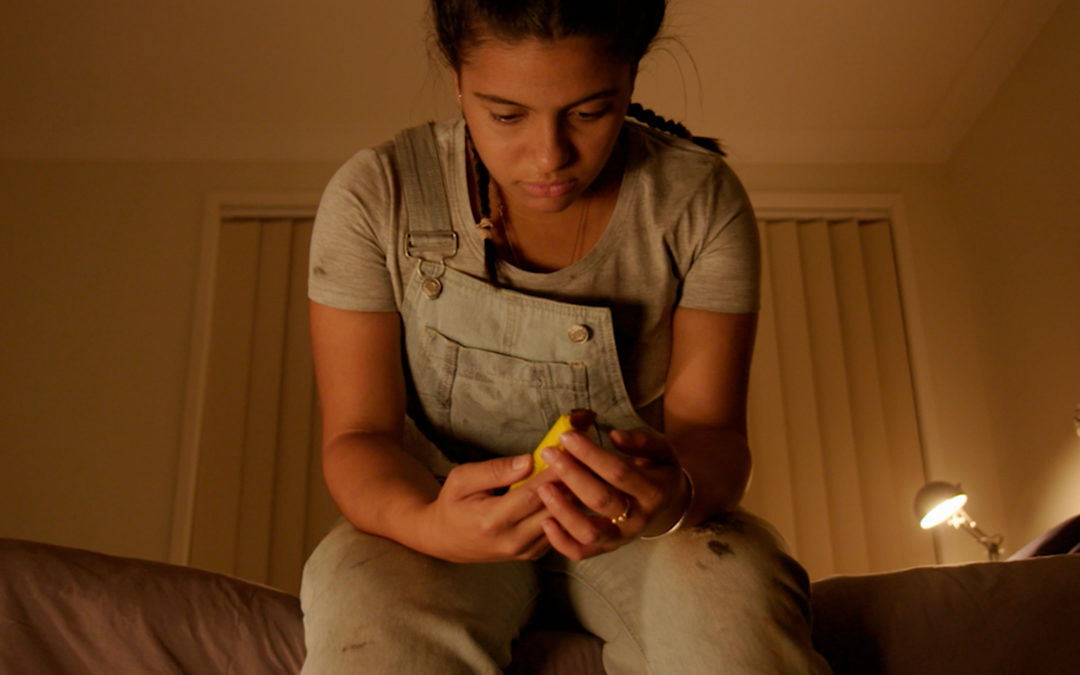 CuriousWorks is very proud to have worked with film-maker Samia Halabi to support the development and realisation of Tip of My Tongue, a featured short at the 2018 Sydney Film Festival. As a writer and director of Tip of My Tongue, Samia explores and confronts her struggles with speaking while telling a touching story of a Muslim teenager trying to rekindle a friendship with a childhood playmate. This tender film is one of three films selected for the Screenability program, showcasing stories by artists with a disability.

Congratulations to Samia, producers Guido Gonzalez and Lauren Jessie Jones and the whole Tip of My Tongue team for an incredible achievement.

Samia joined CuriousWorks in 2015, with the clear aim to develop her film-making and story-telling skills. Samia is a founding member of the Curious Creators Writers group, presenting a draft of her film script for a live audience at Urban Stories produced by CuriousWorks in partnership with Parramatta Riverside in 2016. Audiences were moved by Samia’s script for its honest portrayal of a young woman, struggling with communication, striving for her dreams.

Samia has been an associate artist, translator and facilitator across CuriousWorks’ community programs and has built an incredible Western Sydney network of collaborators including PYT Fairfield and ICE. Recently, she was part of the CuriousWorks’ web-series writing team on Las Rosas, creating an unforgettable character, Mia.

Mia is also the name of the protagonist in Tip of My Tongue, a story of growing up, learning to speak up and be heard, with the loving support of her family and community. You can view Tip of My Tongue along with 2 other amazing shorts from 14th of June as part of the Sydney Film Festival. Click here for more information and tickets to the screening sessions.