beyond refuge: dialogues in Development 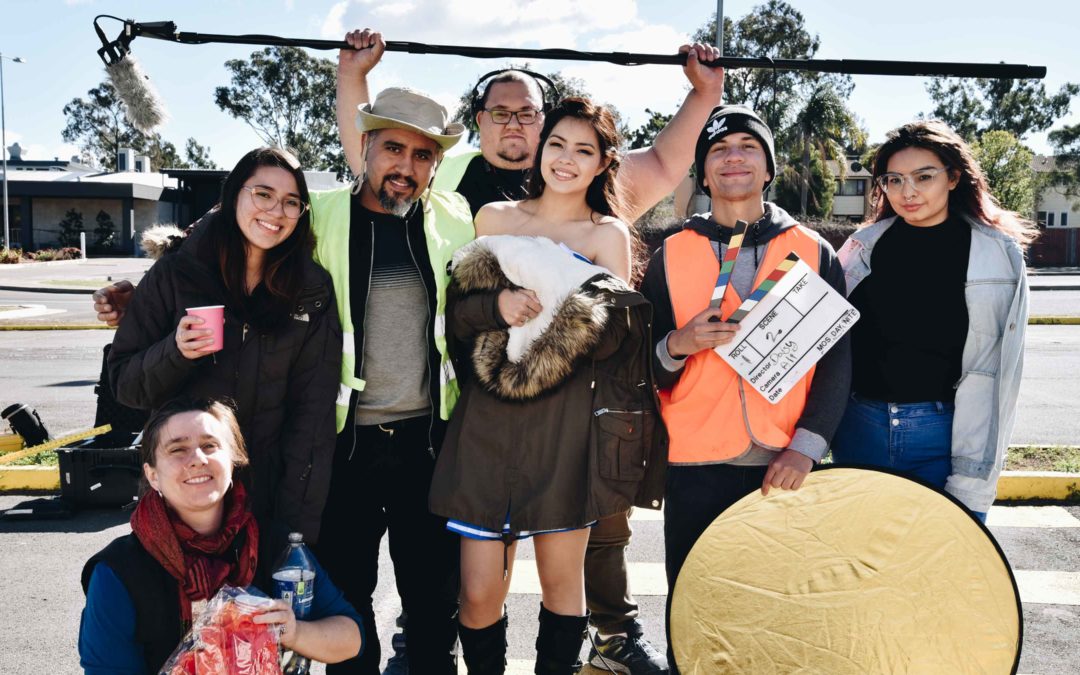 every day we pass strangers; and
we might take the chance to stop at the place where our eyes meet.

beyond refuge: dialogues are five cinema poems by Australian artists who share a refugee / asylum seeker experience. Inspired by ‘the epic films we have inside us’ and based on ordinary lives set against extraordinary circumstances, the project is part manifesto for freedom, and part evocation of the mundane consequences of forced migration.

The small teams led by Ali Al Azeez, Ali Mousawi, Elham BehinAein, Daisy Montalvo and Samia Halabi have made amazing progress this quarter as they’ve just completed the principal photography of their cinema poems of parallel lives, family and time passing. Check out their progress here.

El Baile by director/writer Daisy Montalvo is a cinema poem about her cousin Josselyn’s experience coming to Australia and how it’s affected her self identity. Coming to Australia she lost her passion for dancing but with the help of one person who was able to accept and appreciate who she was, she was able to feel like herself again and continue to dance.

“I felt like this story is important because we should never lose sight of who we are and how one small act of kindness can mean so much to one person.” shares Daisy. 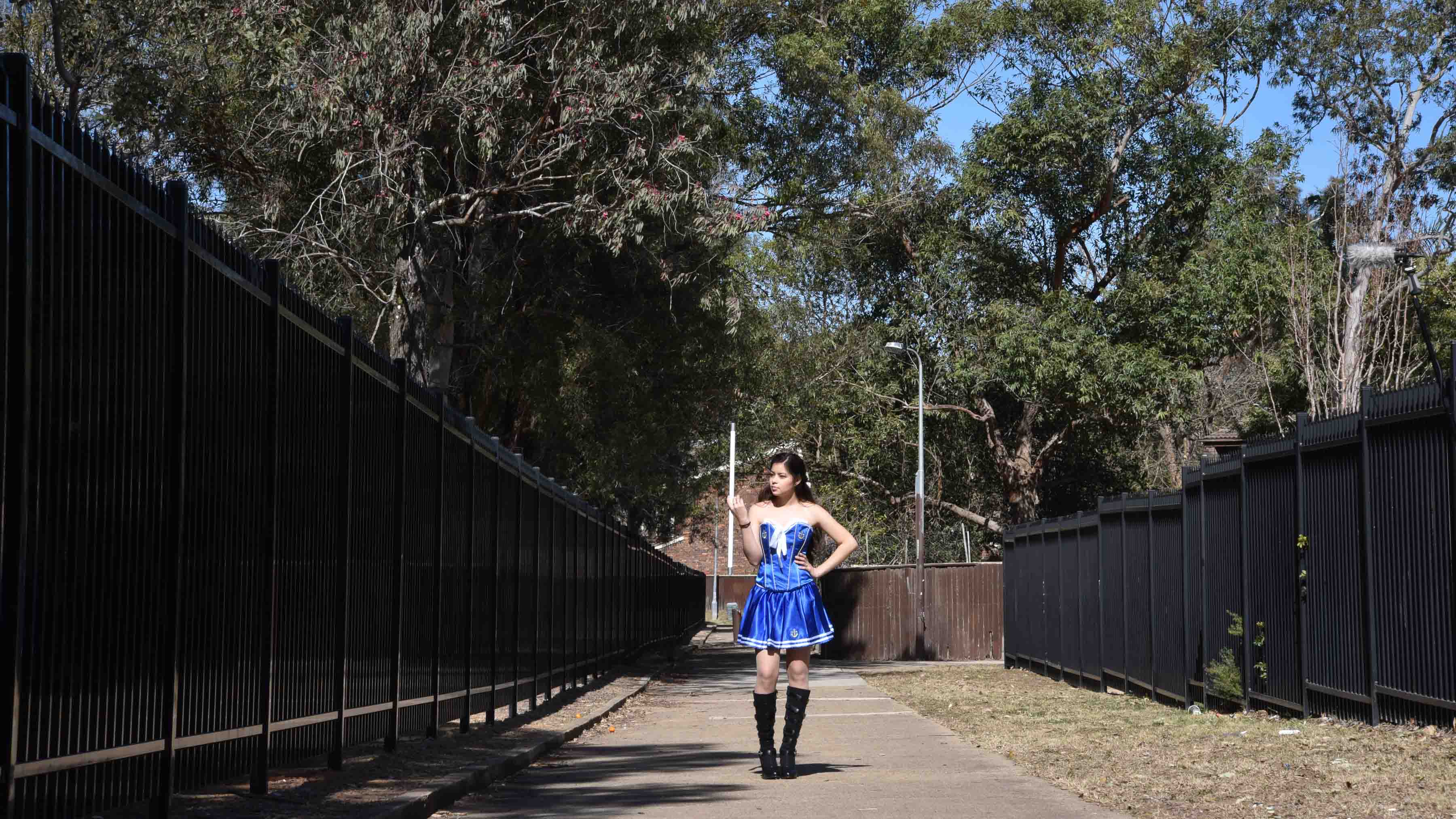 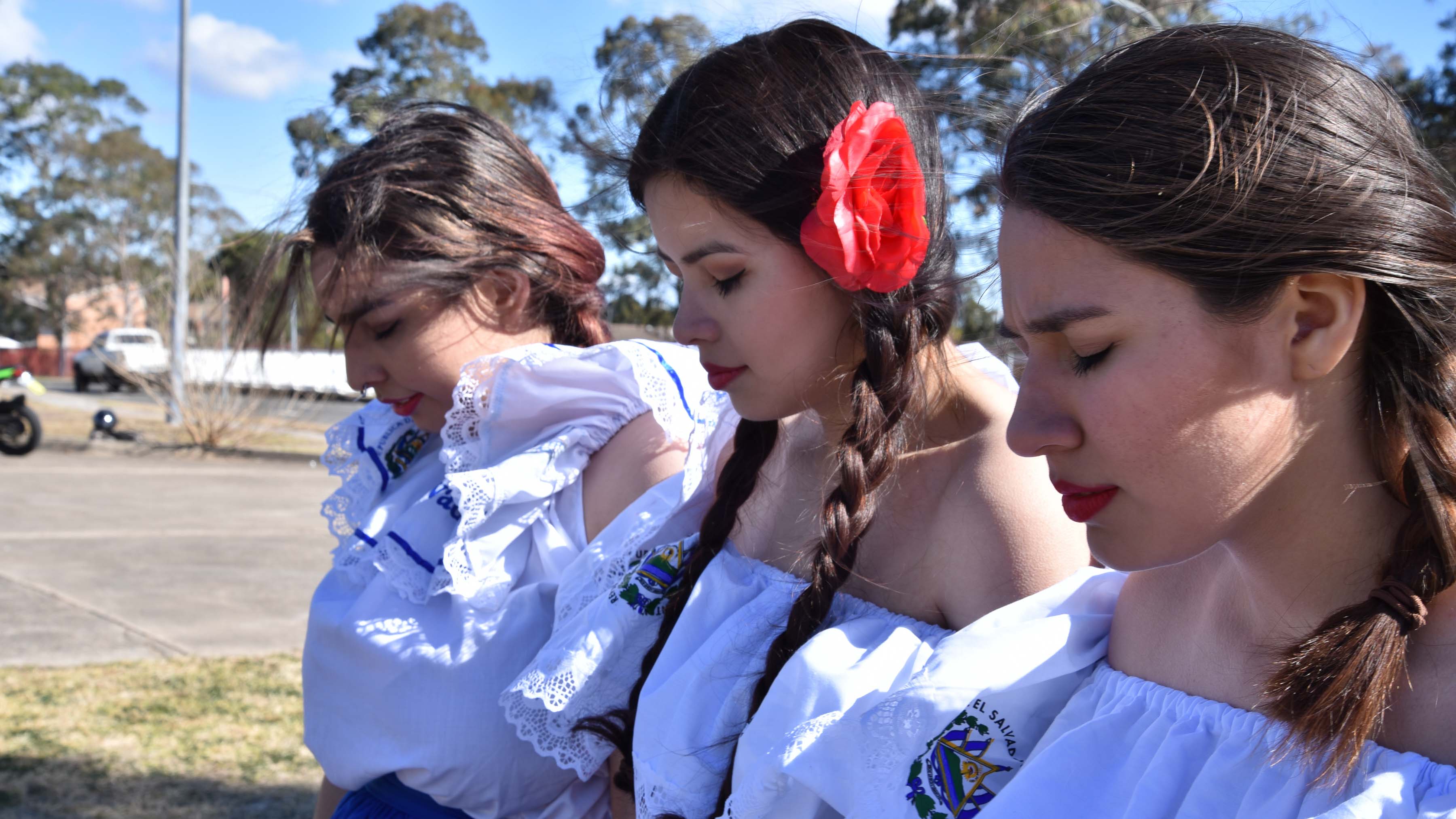 Calendar, written and directed by award-winning Iraqi filmmaker Ali Al Azeez tells a story of love and diaspora set in the Western Sydney suburb of Fairfield. Sally begins a happy life with Abraham when she arrives in Australia, but with time and as the years Abraham is inattentive, Sally feels Abraham has neglected her. Sally wakes up one day to find that the colours of the house have gone and she decides to leave Abraham… 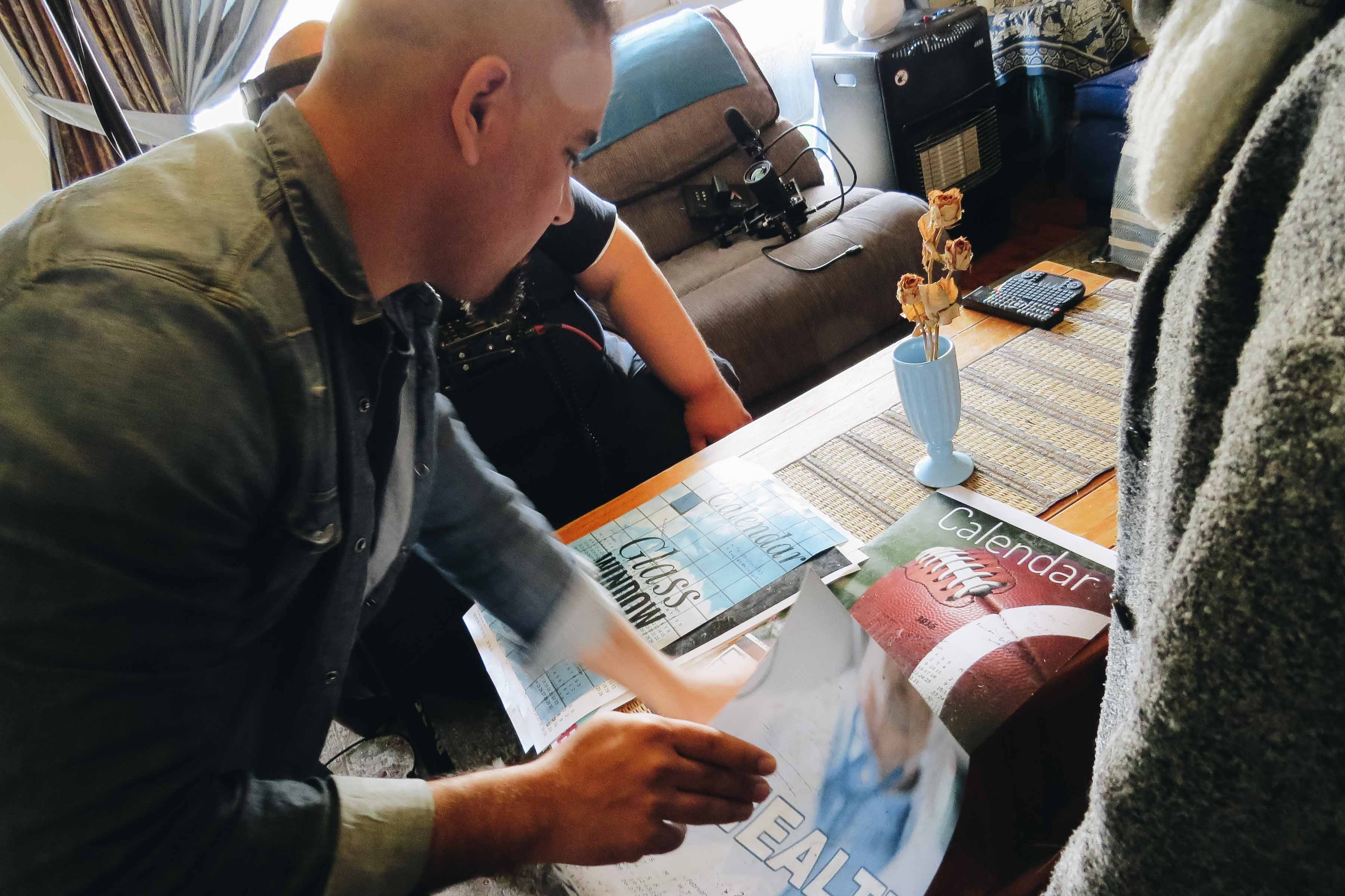 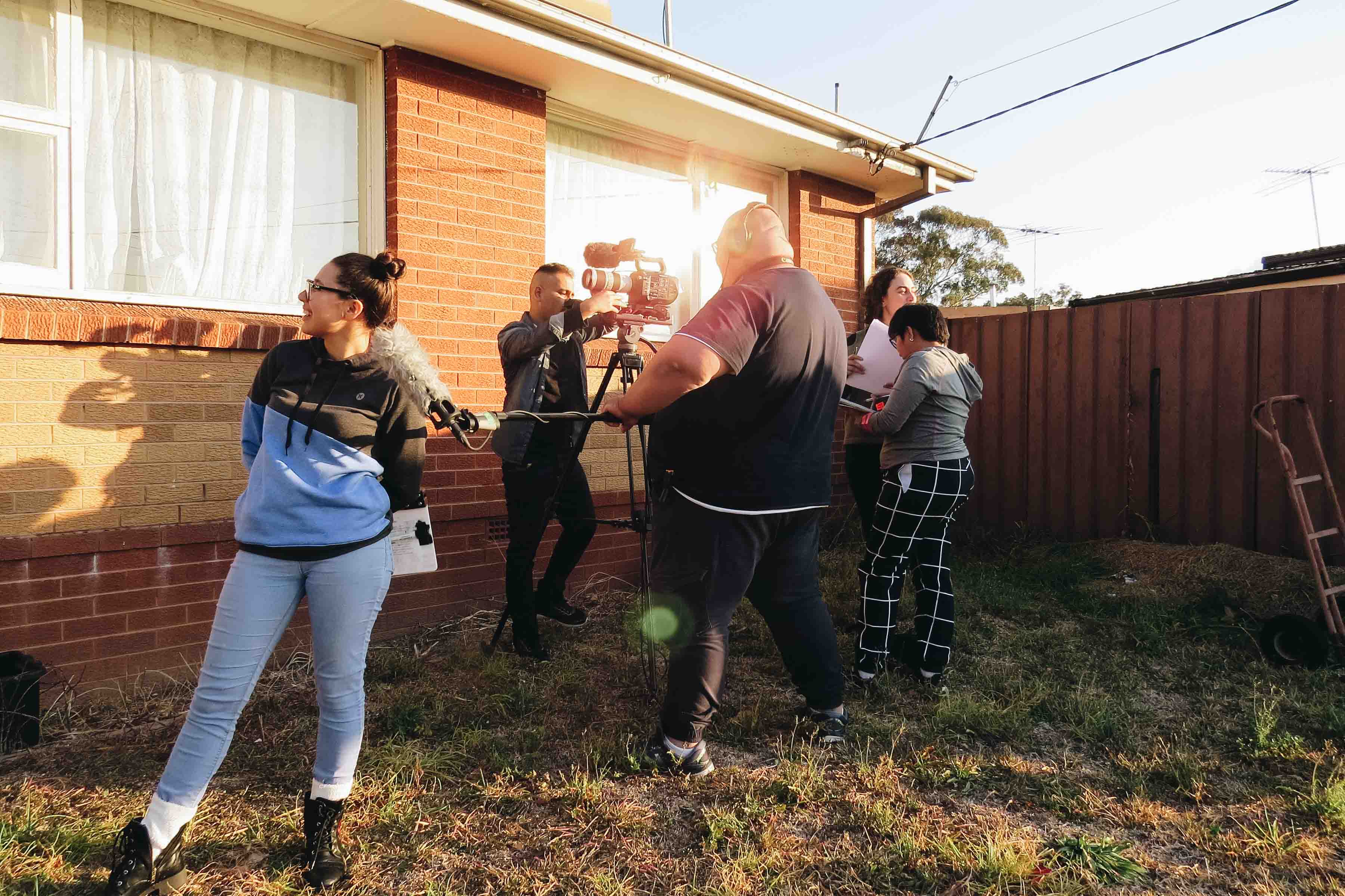 Ali Mousawi’s work for beyond refuge is as yet untitled. It is a one shot, twelve minute film and a time-critical portrait of an Ahwazi asylum seeker family living in Liverpool. It is shot from the perspective of two siblings as they rush home from school to care for their father who is gravely unwell. This film was an intense process with the lead performer, 11 year old Raghad and her brother Mohammed, completing an intricate action score whilst moving through a huge emotional arc. The story shares the weight of responsibility some children carry as they move through life. 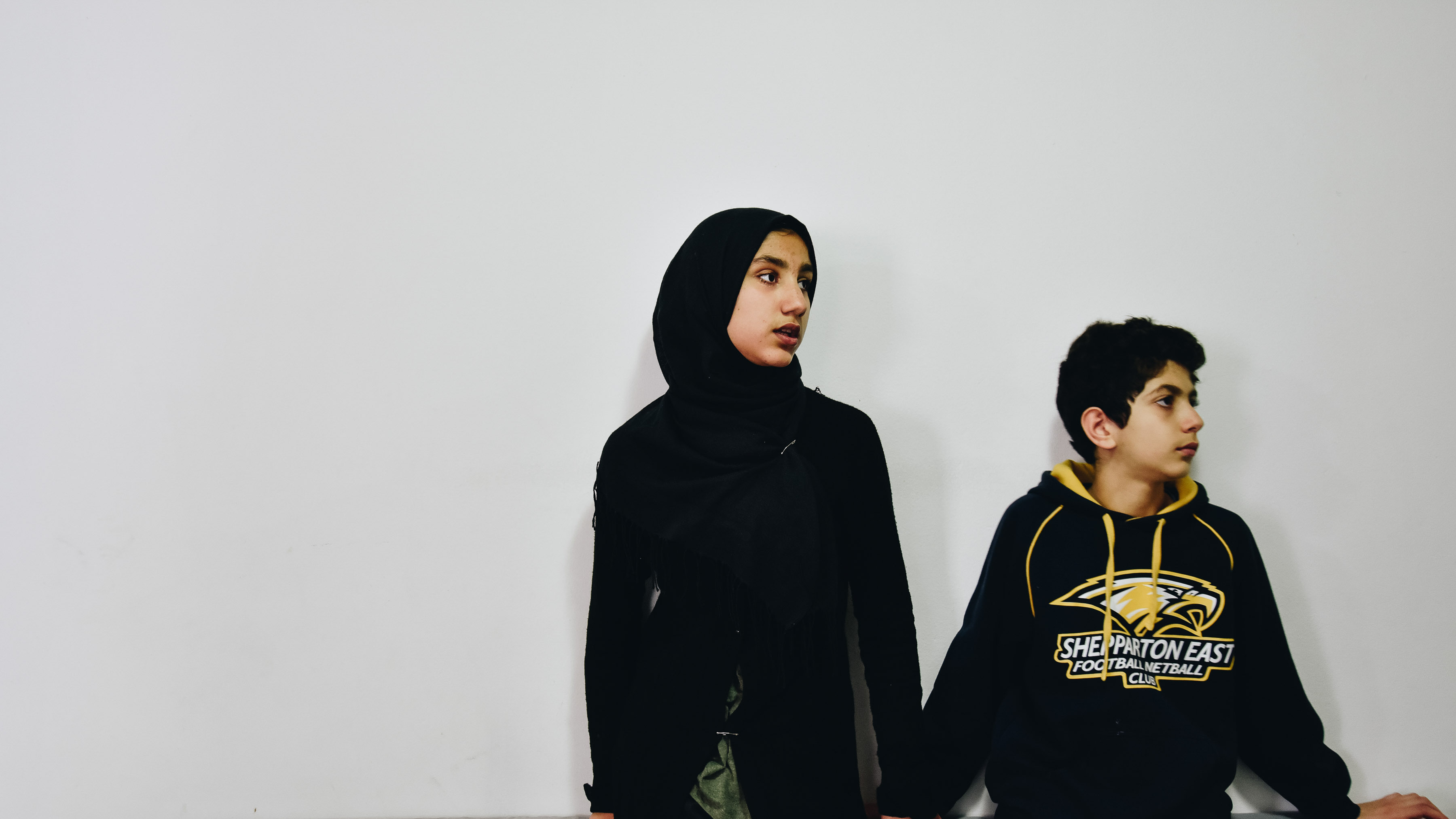 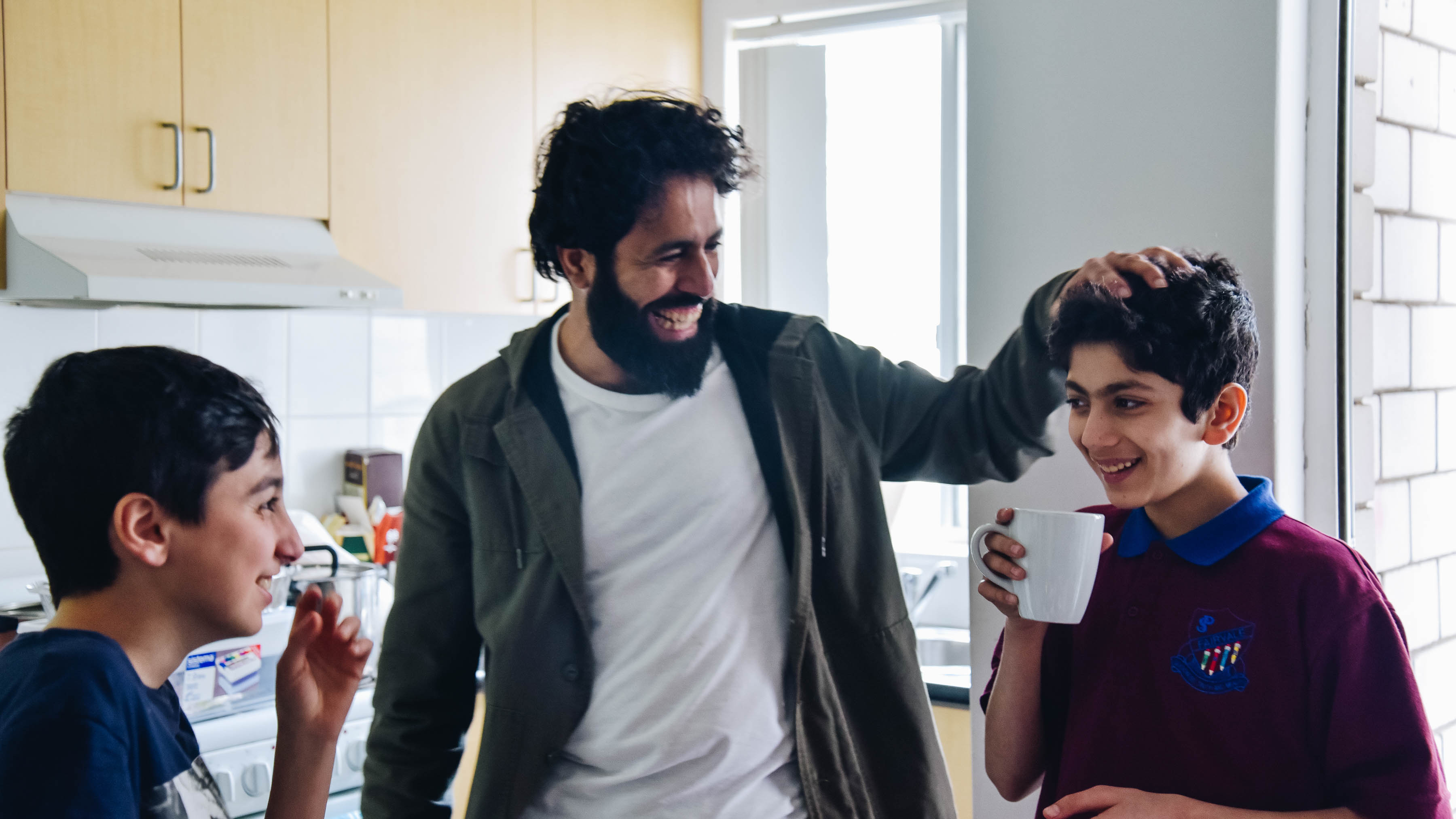 Trinity is a new short film by Samia Halabi. Dreamed up in partnership with her artistic collaborators Mahdi Mohammadi and Barbara Shefer, three Australian friends with roots stretching to Afghanistan, Lebanon and Argentina. It captures that sweet spot in friendship, where there is time for dreaming. Shot in the beautiful Bents Basin National Park, Trinity is about the power of three and the optimism of the next generation of Australians for connection and understanding. 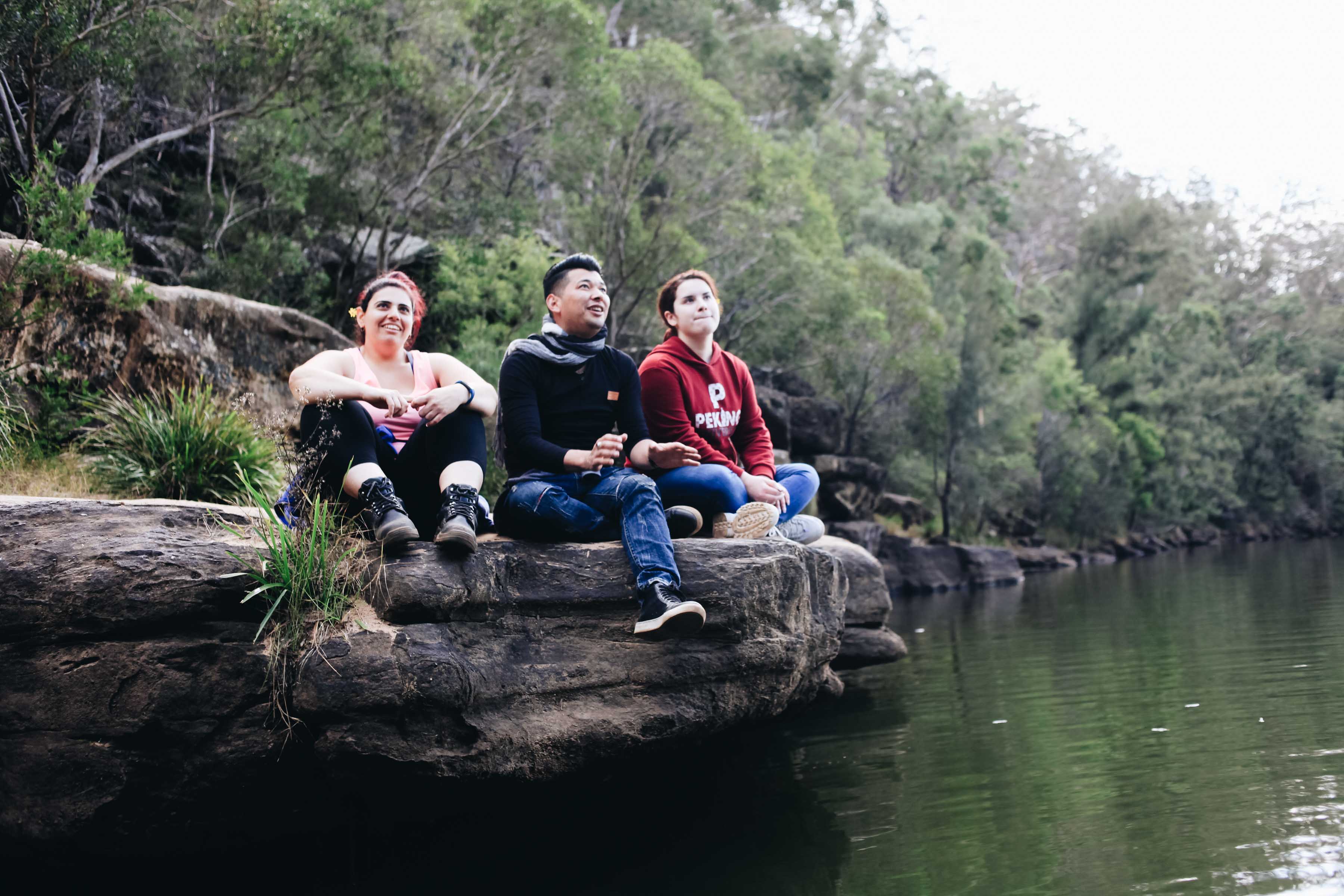 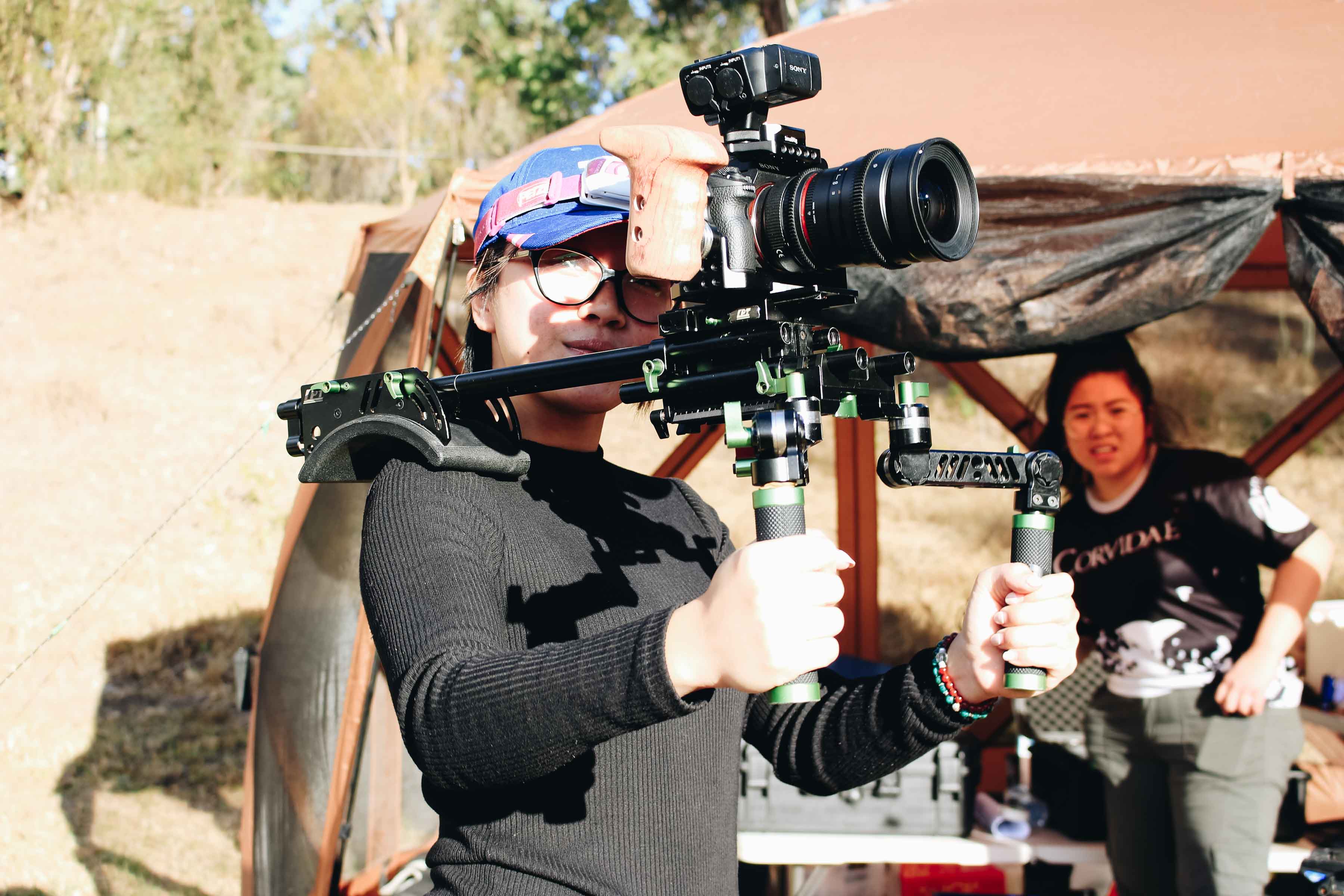 Elham BehinAein is an Iranian Australian photographer who’s been  living in Australia for two years. In such a short time, she has been sharing her beautiful skills as a photographer with the community. For beyond refuge, Elham has chosen to connect with women in recently arrived migrant communities in Fairfield, through our partners CORE and the support of Women’s Settlement officer and community advocate Rowena Assaad.

Elham is beginning a conversation with two women about their journey and experience of new beginnings in Australia. Together with Elham these women are creating photographic portraits of everyday life, as they navigate memory, home and change in their families and their own lives. 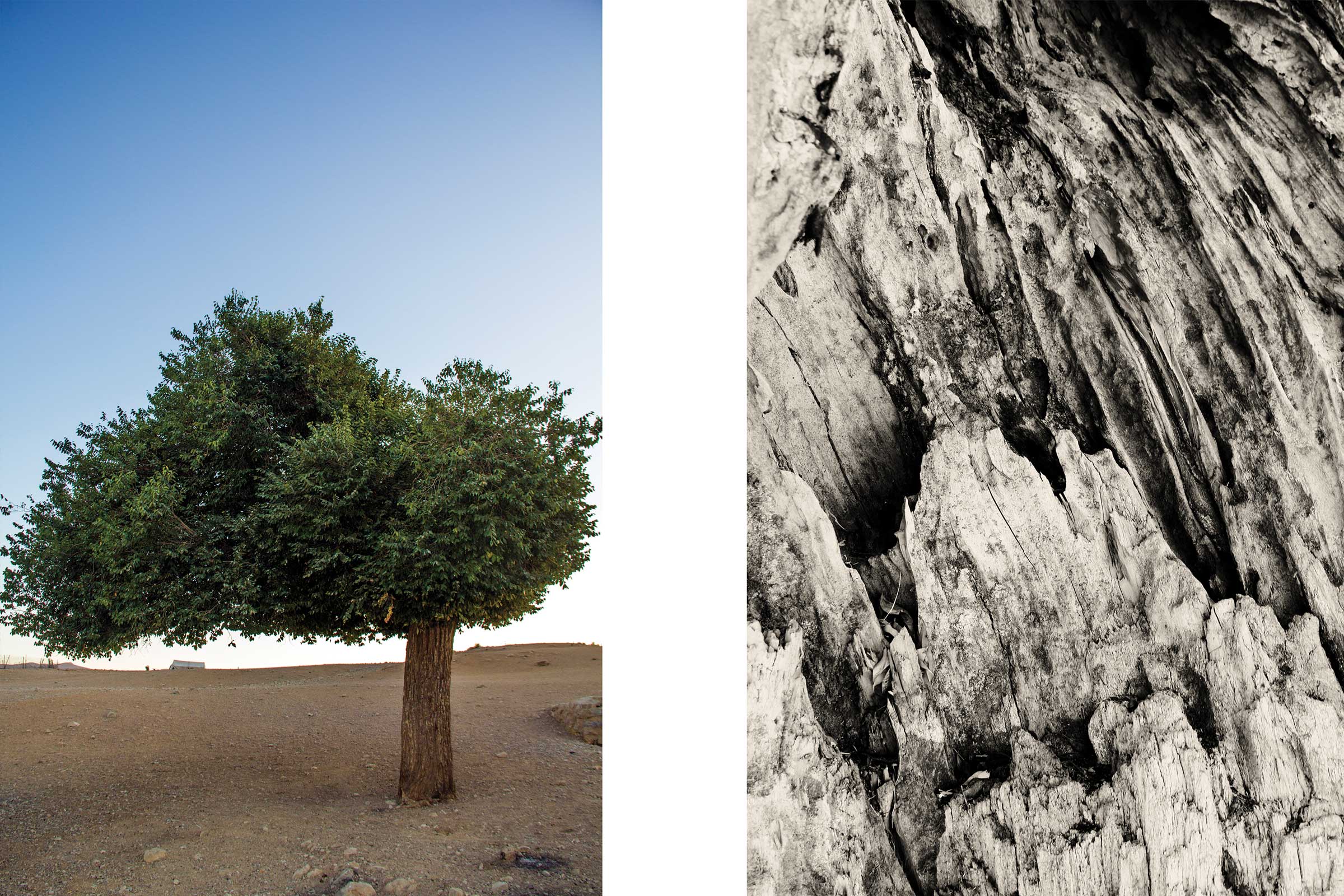 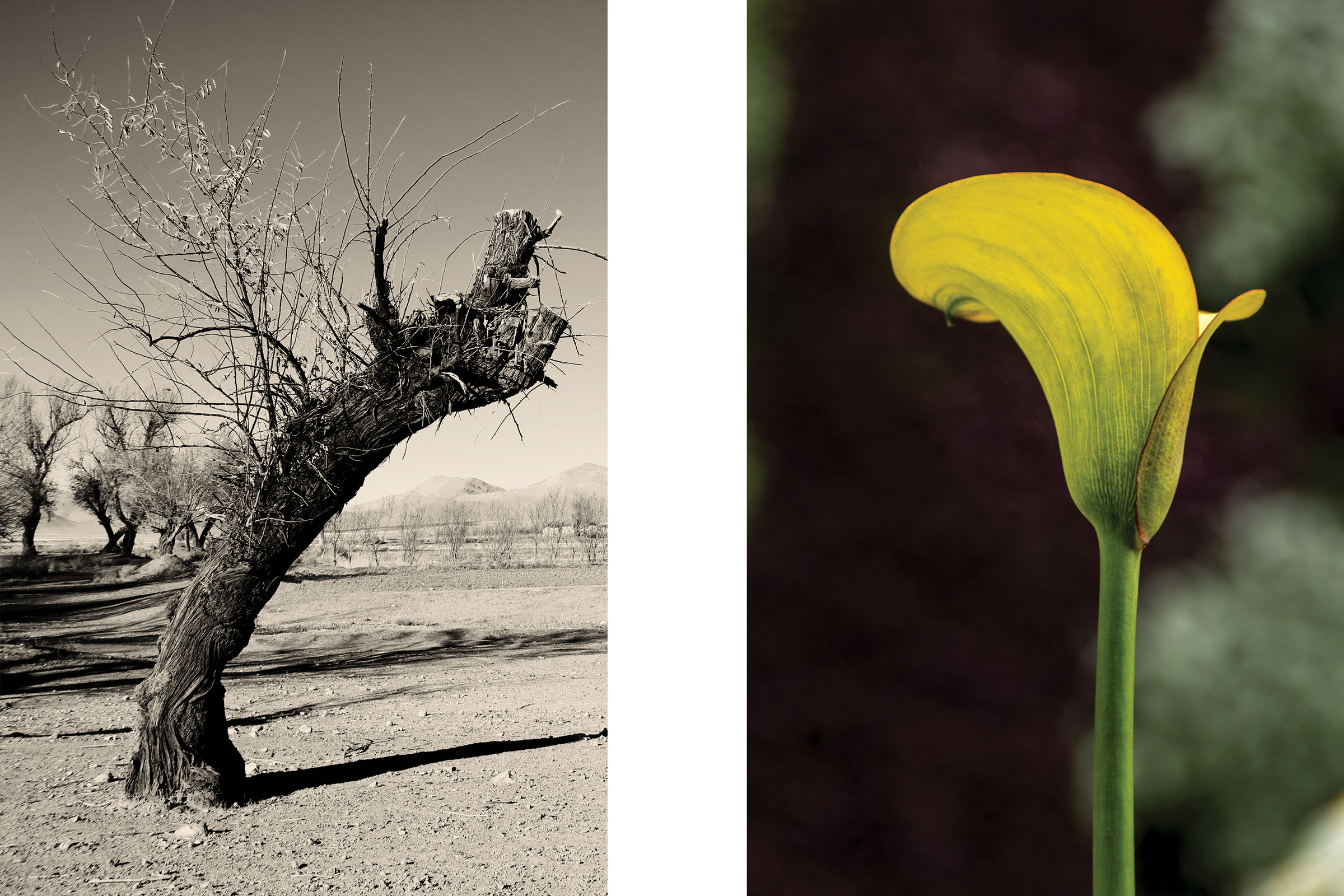 This project was made possible by the dedication of Vanna Seang from ROAR Footage. We extend our love to all of Vanna’s family and friends, in honour of an Australian artist who gave so much to screen culture and Western Sydney’s artistic community.