The Audacity to Expect What You Deserve 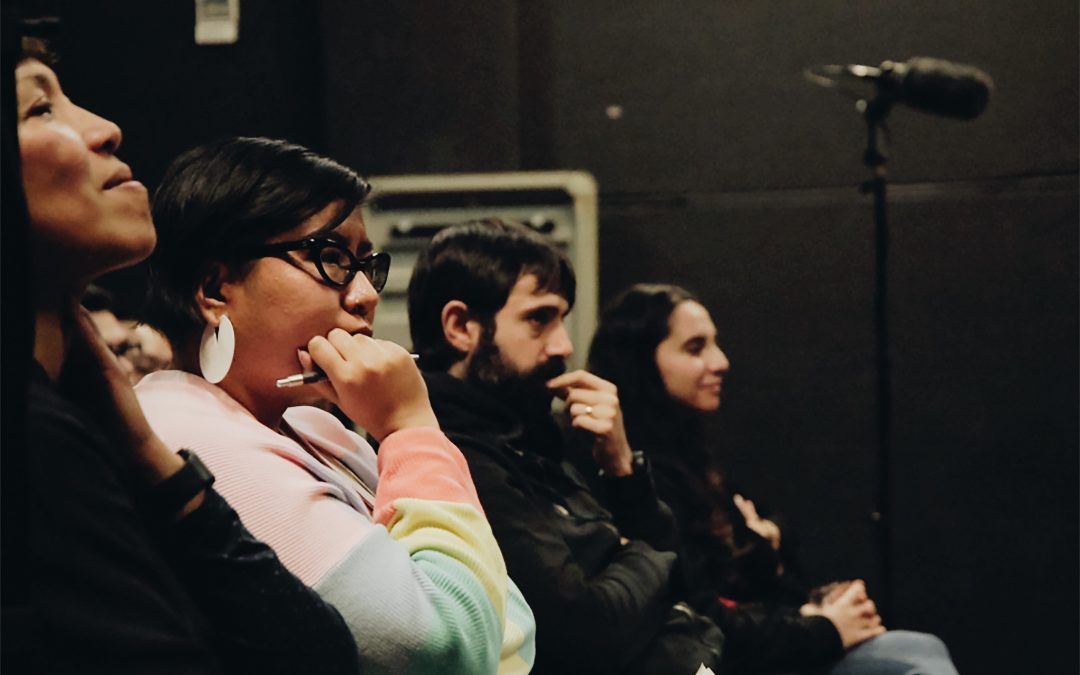 What happens after a project is done? At CuriousWorks, emerging artists build up their skills, talents and experience on various arts, community and social enterprise projects. Every project is a learning experience, no matter what your role in it is. We’ve had the privilege of seeing how the Curious Creators have grown and developed as artists, but it can be difficult to track a person’s progress just through social media posts and occasional project outcomes. So we’ve asked some of the Curious Creators to reflect back on some of their past projects and share their perspectives.

Miranda Aguilar is a Curious Creator who started developing her first full-length play, Let Me Know When You Get Home, as a part of  the Curious Creator’s Writer’s Group. It’s now being supported by the CuriousWomen program. Their most recent creative development led to its first full-length play reading at PYT Fairfield in June. We asked them to reflect on their experience.

EDITOR’S NOTES:  At the time of writing, Miranda identified as a cisgender woman and used she/her pronouns. They have since begun identifying as non-binary and solely using they/them pronouns.  The work has now been programmed as part of National Theatre of Parramatta at Riverside Theatre’s program for March 18 – 20, 2021. Tickets can be bought here.

I have been spoiled.

I know what these creative developments are meant to look like. I’m meant to be working with an experienced, most likely straight, white male director who, maybe, has once dated a Filipina, so he’ll know just enough to justify his unearned confidence. I may be able to get away with an almost entirely female cast. I may even get enough Asian women to fill out the main cast – though substitutions will have to be made. After all, how different can East Asian and South East Asians be? There will definitely be no trans actors on the floor, let alone a trans actor of colour. Everyone will be well-meaning, even as they get things wrong.

I know I’ve been spoiled because this is my first full-length play, and I’ve managed to avoid these pitfalls so far. Often, I’m the only woman, the only woman of colour, the only queer person in a group – yet I’ve worked with multiple queer women of colour on my play. Everyone is already up to speed on Race and LGBTQI+ Issues 101, so we can move on to more nuanced issues in the writing. My work has only improved because I’m able to have this development time with people who are critical, thoughtful, generous – and get it. I’ve never felt more seen than I have during these creative development sessions.

I know I’ve been spoiled because none of it has come easily. Creative development time is always short, budget is always stretched thin, and if it wasn’t for the CuriousWomen program and the many other people and organisations that have supported me, even getting a reading would feel impossible. It doesn’t make sense that I, an emerging theatre-maker, was able to bring together a team of multiple queer people, people of colour and queer people of colour for a play reading in Fairfield when much bigger budget shows in Sydney can’t find a single person of colour to cast. I must be spoiled. How else could I have the audacity to write something so niche – a play for queer young people of colour in Western Sydney – and expect it to be made?

I’ve been spoiled. The worst thing is: I don’t plan to stop. I don’t see why I should.

Why should I go from this to writing a project where there’s one gay character who dies at the end? Why should I settle for being the only non-white writer? Why should I accept scraps from an industry that never intends to really feed me?

It’s always more difficult to do things well. There’s never enough time with actors when everyone has to be paid. Casting is always more difficult when you insist on specificity. And it’s much easier to resort to seemingly harmless cultural stereotypes when there’s no other Filipinas in the room to call you out.

I’m shooting my shot: next year, I want to see a full production of Let Me Know When You Get Home on stage. I want a season here in Western Sydney, and a season in the city- short seasons are fine; I’m not unreasonable. It’s still bold of me to expect even this as a first-time theatre-maker in an uncertain funding environment, but I’m putting the work in: It’s going to be done.

I have been spoiled because I expect more now.

I expect to be treated well.

I expect my voice to be heard.

I expect this to be only the beginning.

You can read more about Miranda and the other projects she’s been involved in here.

Photo is a still from the Let Me Know When You Get Home June 2019 Play Reading video, edited by Sivani Yaddanapudi .

The video can be found here.