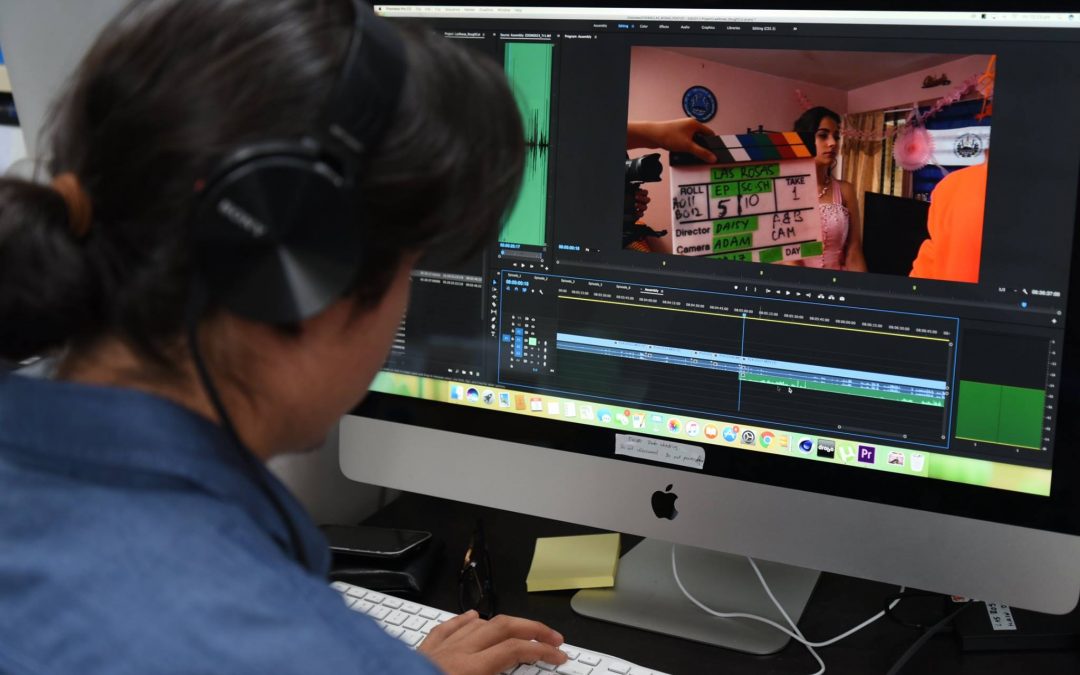 What happens after a project is done? At CuriousWorks, emerging artists build up their skills, talents and experience on various arts, community and social enterprise projects. Every project is a learning experience, no matter what your role in it is. We’ve had the privilege of seeing how the Curious Creators have grown and developed as artists, but it can be difficult to track a person’s progress just through social media posts and occasional project outcomes. So we’ve asked some of the Curious Creators to reflect back on some of their past projects and share their perspectives.

Cristobal Olguin is a Curious Creator who first linked up with CuriousWorks on Riz, playing the character ‘Alejandro’. Since then, he’s been far more involved behind the camera rather than in front of it, including editing a number of major projects such as Las Rosas and Prone to the Drone.  We asked him to write about his experience as an editor, and how that’s affected his career as a filmmaker.

I always wanted to be a filmmaker and an actor since I was a kid. To be able to direct them and act in them, to create new worlds or realities through the medium of film. To be able to tell unique and interesting stories through the visual and audio language. However, the question remained in the back of my mind, how do I do it? How do I get involved? How do I make films?

During high school, I got involved in being on set helping out for a couple of projects at CuriousWorks whilst making my own film project for high school, Tribe. That’s when I started to get more and more involved with the long-term process, understanding the different roles and making mistakes. But most importantly, was understanding how important technical skills are needed to create a movie. On that project, I learned about preparation, how to use the camera (how not use the camera), how to light (using household props) and how to edit. Video editing was a technical skill that I knew was essential to making a film. What I didn’t know was how much I would fall in love with that skill.

The first time I was given a job to edit something, it was a promotional video for a local event, I was given music tracks, footage and was told to create something. During that process, I learned how to experiment with cutting footage and building kinetic energy with visuals and sound to create an experience for the viewer through editing. I was exposed to not only a technical skill I use for my own creative work, but also understood that every project was a film school by itself.

After that point, I got involved in editing CuriousWorks’ web series Las Rosas, and edited a number of short films and promotional content. Editing is an interesting headspace for creativity. As a director and a writer, you’re looking at how words, visuals performance can tell a story, but as an editor, you’re looking at how cutting, geography, momentum, sound, music and colour add value to the story. The most important aspect that defines editing is problem solving. Problem solving continuity issues from one picture to the next, picking up performance issues or story points that don’t make sense, and having to find a creative way to work around it.

What’s even more important to me about editing is being able to sit down with different directors and creatives to gain insight into their stories and their process in creating it. Understanding what decisions did they make and why did they make those decisions for the story. A director might ask me to watch or consume movies, music and articles before we talk about their story and what inspired them and what influenced them to tell that story. Every time I edit a short film or a creative project, I’m jumping from film school to film school.

At the end of the day, I still see myself as a screenwriter and a director for my own creative work, however editing has been an essential storytelling tool I will carry with me. When I was young, I wasn’t aware of the number of roles that it took to create something. But now, having the experience and pushing myself to learn new skills has made me appreciate each piece of the puzzle needed to make the bigger picture.

You can read more about Cristobal and the other projects she’s been involved in here.

Photo is a behind-the-scenes photo from Las Rosas, the series Cristobal edited. You can watch the BTS video here.