My Name Is… Around the World 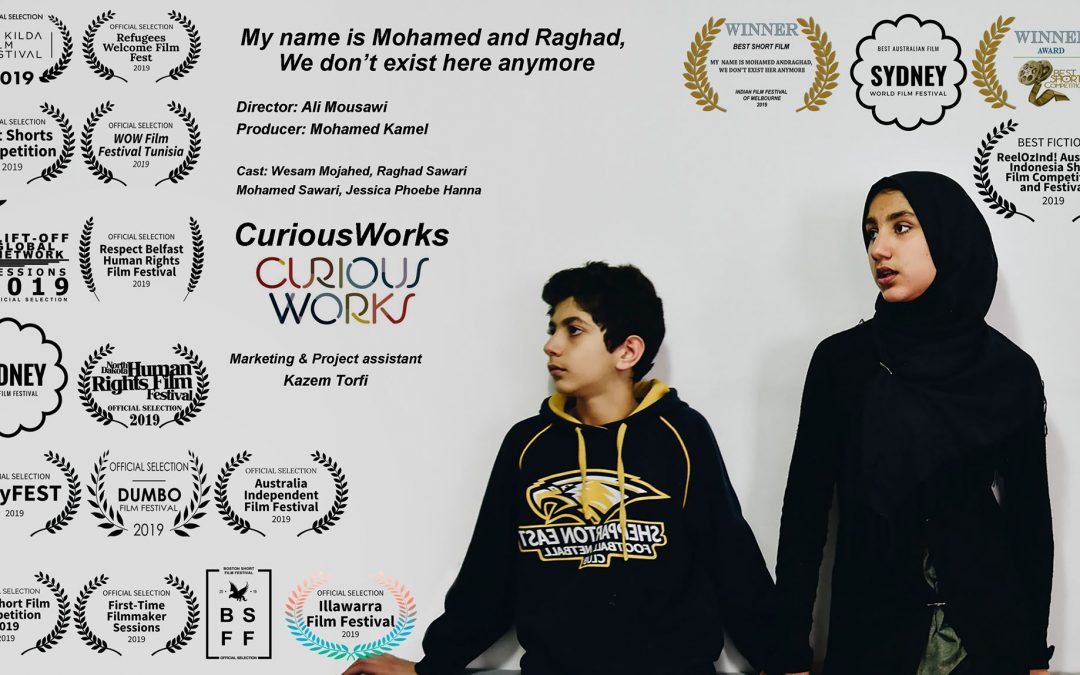 We’ve been posting about it on our social media (are you following us? @CuriousWorks on Facebook, Twitter and Instagram!), but My Name is Mohamed and Raghad and We Don’t Exist Here Anymore has really taken the world by storm since its debut at Casula Powerhouse as part of beyond refuge: dialogues exhibit.

Through the non-stop work of Ali Mousawi, the film has traveled across the globe. It has traveled around Australia with the Sanctuary Film festival in the Gold Coast, to the St. Kilda Film Festival in Victoria, to the Made in the West Festival, celebrating work from Western Sydney. It has traveled from Boston to London; from Berlin to Belfast; from Tunisia to Morocco to Jordan. The work has been celebrated by juries world-wide, winning multiple awards for best short film and best director.

We are so proud of the work we’ve put in to support the production of the work, but we fully acknowledge that its continued journey post-beyond refuge is entirely through the tenacity of its director, Ali Mousawi. The reality of the treatment of refugees and asylum-seekers living in Australia is an important message, and we’re so proud of how many audiences it’s been able to reach.

You can continue to follow the journey of My Name is Mohamed and Raghad and We Don’t Exist Here Anymore on its Facebook page here.

You can learn more about beyond refuge: dialogues and the Beyond Refuge project here.