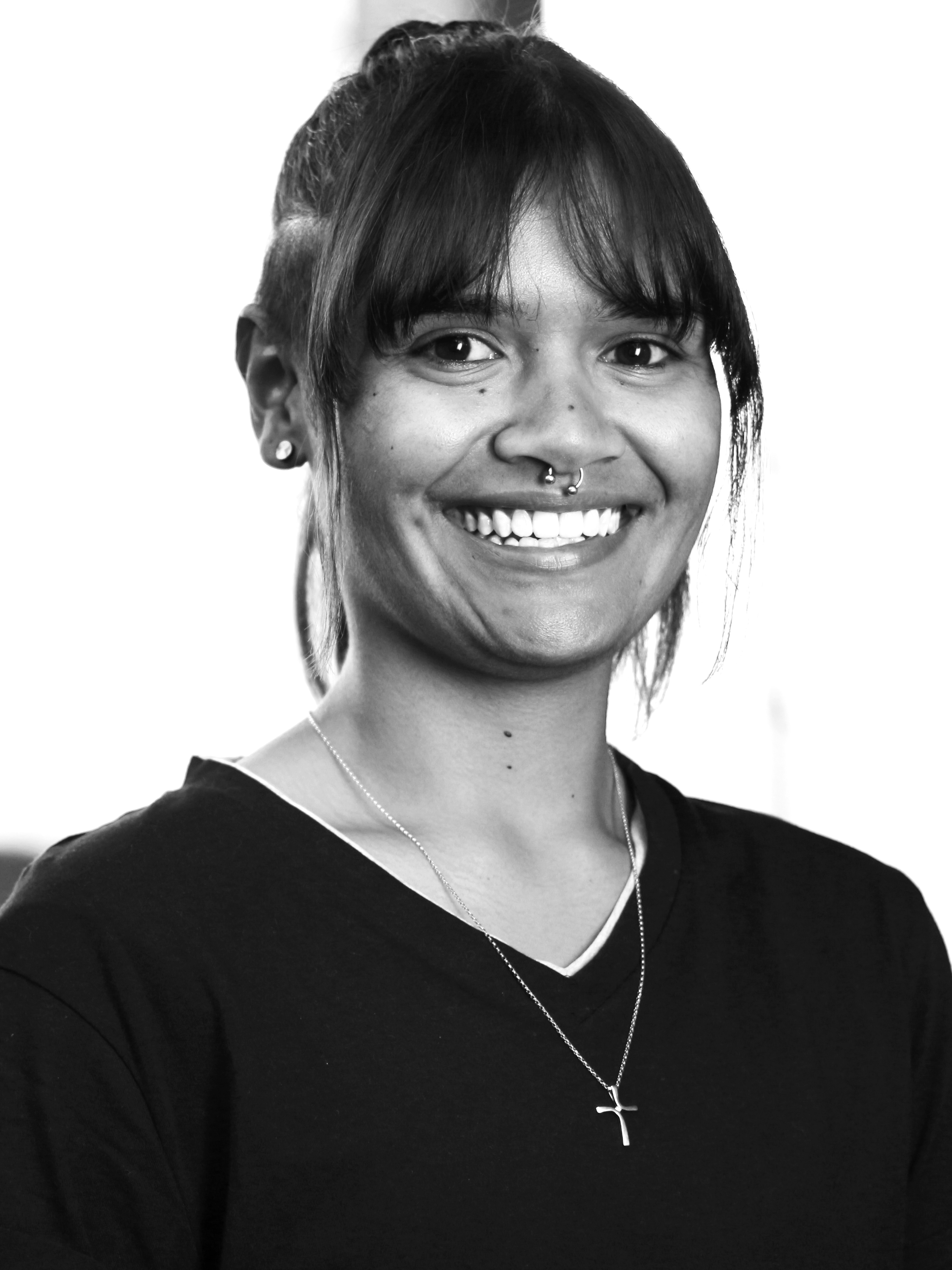 Bee Cruse is a young Cabrogal woman (a clan within Western Sydney’s Darug nation), with aspirations to be a writer, director and producer.

“Essentially, I’m a storyteller. I don’t want to limit what role I do, or what medium I work in,” she explains. “I want people to hear, see and feel my stories.”

Her stories centre around her indigenous culture and people from the urban Liverpool area she was born and their connections to the riverine tribes of western NSW.

With an interest in politics, she sees art as a means for social change. She joined CuriousWorks in 2015 to pursue that ambition and has been involved in our Laka, Connecting to Country and Urban Stories projects. This experience and contacts led to her securing an assistant director role for Urban Theatre Projects’ Home Country. She also played ‘Sunny’ in Curious Creators’ first ever web-series Las Rosas.

Bee also regularly takes on acting and extra roles in TV series and commercials, but ultimately sees that as a way of advancing her skills behind the camera, saying the experience will make her a better writer and director, and help her understand character development from a different perspective.

GET CV
Always was, always will be Aboriginal land.
Our office is located on Tharawal country. Our work takes us across Tharawal, Dharug and Eora lands. We acknowledge the traditional owners of the land on which we work, and pay our respects to Elders past, present and emerging.